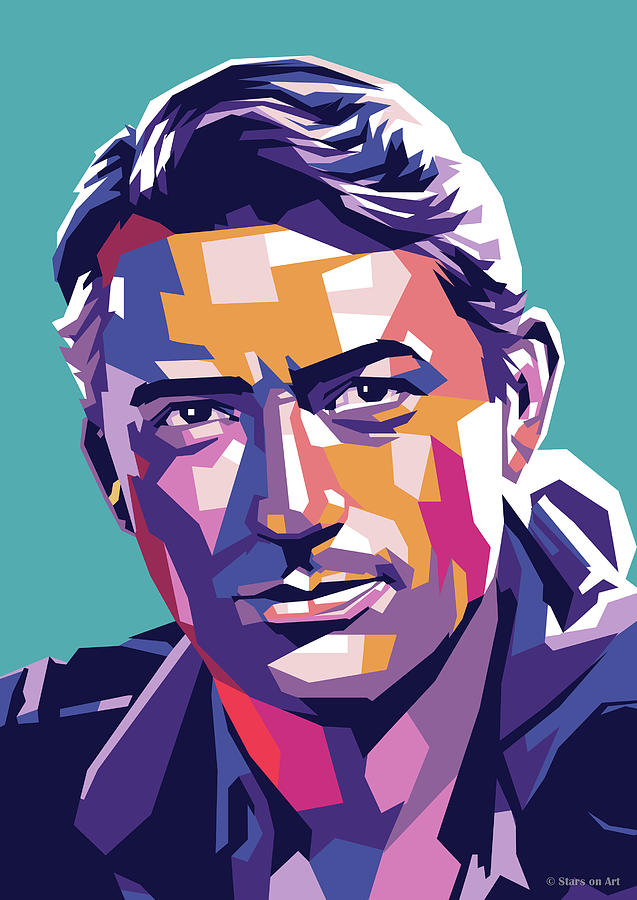 Gregory Peck is a piece of digital artwork by Stars on Art which was uploaded on May 15th, 2019.

Gregory Peck pop art portrait. Peck (1916 – 2003) was an Oscar-winning American actor. From the 1940s to the 1960s, he was one of the most famous film stars in Hollywood. The American Film Institute ranked Peck among 25 Greatest Male Stars of Classic Hollywood Cinema.

He has since remained a popular film hero, a likable, dependable leading man whose forthright personality has dominated the screen in various genres—dramas, romantic comedies, adventures, military sagas, and Westerns. After several Oscar nominations (for "The Keys of the Kingdom," "The Yearling," "Gentleman's Agreement," and "Twelve O'Clock High"), he won the best actor Academy Award for his performance as Atticus Finch in "To Kill a Mockingbird" (1962).

He starred in novel adaptations of "Captain Horatio Hornblower" (1951) and the biblical drama "David and Bathsheba" (1951), both commercial successes. In "The Snows of Kilimanjaro" (1952), he starred alongside Ava Gardner. And then with Audrey Hepburn in "Roman Holiday" (1953).